Black Natchez (1967) charts early attempts to organize and register Black voters and the formation of a self defense group in the Black community. In 1965, filmmaker Ed Pincus and David Neuman spent ten weeks in Natchez, Mississippi, filming the lives of ordinary people with unedited coverage of public and private civil rights organizational meetings, street demonstrations, and contests of power between young militants and the old guard, as well as secret meetings of African American self-defense organizations and interaction among the Black community. During this period, George Metcalfe, the recently elected president of the local branch of the NAACP, was bombed in his car leaving his job at the Armstong Tire Plant. In the week that followed, the African American community, along with local and national civil rights activists, gathered to address the problem. Pincus captured the fallout and general public sentiment following the event. The film is a genuine, often candid, portrayal of a community in a time of turmoil. At times, Pincus and his partner Neuman, turn the camera on an individual and interview him. Interviewees range from prominent civil rights leaders, including Charles Evers, to more representative residents, and they are asked to express their thoughts and feelings about racial tensions and violence in the city. The film also chronicles the tensions between the NAACP and the Mississippi Freedom Democratic Party, both of which were operating in Natchez.

Access to this film is restricted. Please contact the Amistad Research Center at https://www.amistadresearchcenter.org to request permission. 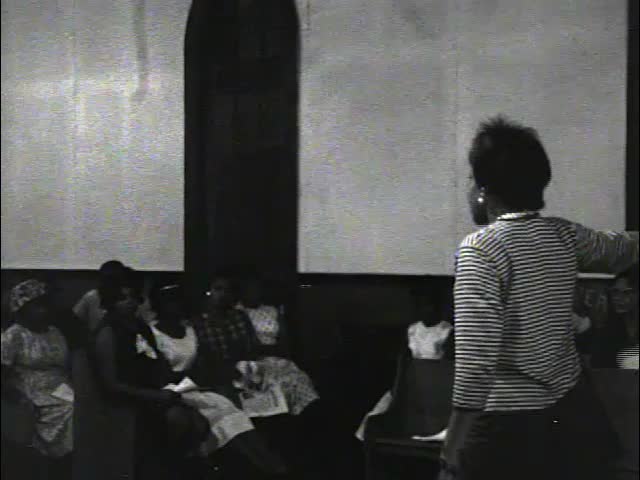