LaRC Manuscripts Collection 740 consists of personal and literary papers of beloved New Orleans novelist, John Kennedy Toole (1937-1969), a posthumous winner of the Pulitzer Prize for Fiction in 1981. Much of the personal memorabilia of Toole’s life, and his parents’ lives, was originally preserved by the collection’s donor, Thelma Ducoing Toole, who was persistently intent on the publication of her son’s comedic masterpiece, A Confederacy of Dunces. Toole, born in New Orleans, excelled in all levels of his education, graduating Phi Beta Kappa with Honors in English at Tulane University at the age of twenty. He agonized as to whether to teach or to write, and attended graduate school at Columbia while teaching at Hunter College. His opportunity to spend time writing fiction came ironically while stationed with the Army in San Juan, Puerto Rico, while his job was teaching English as a second language. After returning to New Orleans, he met with disappointment attempting to publish A Confederacy of Dunces. He continued to struggle with his relationships, basic life choices and depression, again vascillating between attempting to teach and attempting to write, but sadly his life ultimately ended in suicide. Many years later, his ground-breaking novel was published by Louisiana State University Press, primarily through the efforts of his mother, who, with manuscript in hand, was fortunate to find a receptive audience in well-known novelist Walker Percy.

The materials in the JKT Digital Collection are made available for research and study purposes only. Any other use requires permission. For further information on the permissions process and guidelines, see the permissions page of the Louisiana Research Collection http://larc.tulane.edu/services/publication-permission. The LaRC respects the intellectual property rights of others. The inclusion of materials in this digital collection is the result of either explicit permission from the copyright owner or a good faith belief, following reasonable investigation, that the work is in the public domain or available for purposes of research and scholarship under fair use principles of the copyright laws of the United States. If you believe that your copyrighted work has been improperly included in this digital collection, please notify the LaRC by contacting specialcollections@tulane.edu.

A finding aid based on an item-level inventory created by Susie Scifres Kuilan can be found at http://archives.tulane.edu/repositories/3/resources/3062. Metadata for this collection was created by the Howard-Tilton Memorial Library, Digital Initiatives Department at Tulane University. 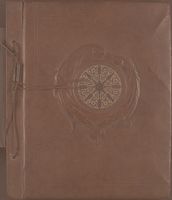 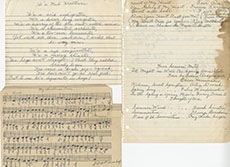 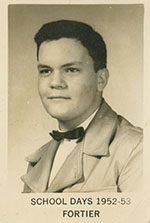 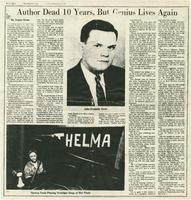 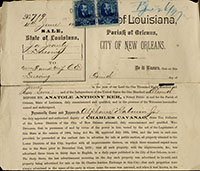 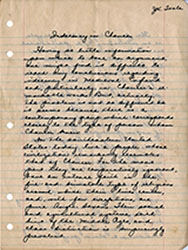