Ralston Crawford was a painter, lithographer and photographer. He was born in Ontario, Canada, in 1906, but grew up in Buffalo, New York, where his father worked as a cargo ship captain. At 20, he left home to work on tramp steamers, traveling to Caribbean and South American ports, but abandoned the sailor’s life after a year to enroll in classes at the Otis Art Institute in Los Angeles. After two terms at Otis, he moved east and resumed his studies at the Pennsylvania Academy of the Fine Arts and the Barnes Foundation in Pennsylvania, followed by a yearlong stint in Paris at the Academies Colarossi and Scandinave. By 1934 he was back in the U.S. preparing for his first solo exhibition of paintings at the Maryland Institute of Art. Crawford gained much critical and popular acclaim for his early work, which is most often associated with Precisionism – an American art movement characterized by simplified, geometric forms and themes of industrialization.

Never one to stay in one place for long, Crawford continued to make frequent trips to Europe, and he held posts as visiting professor and artist-in-residence at schools around the country, including the Honolulu School of Art, University of Southern California, Art Academy of Cincinnati and Louisiana State University. Despite his itinerant leanings, one place he returned to again and again was New Orleans.
He first visited the city with camera in tow in 1938 and returned nearly every year for the rest of his life. A longtime jazz enthusiast, Crawford was drawn to the city’s parades and second lines, its bars and clubs, and of course, its musicians, many of whom he considered his closest friends. In 1949, during his tenure as visiting artist at Louisiana State University, he began methodically documenting the musical culture of the city through photography. Where he had previously used the camera as a tool to generate source material for his paintings, his New Orleans photos stand as works unto themselves and mark an important shift in his photography towards a more spontaneous, documentary approach.

According to curator Barbara Haskell of the Whitney Museum of American Art, Crawford had printed nearly 10,000 New Orleans photographs by the end of his life. The Hogan Jazz Archive’s Ralston Crawford Collection of Jazz Photography was acquired in 1961 and includes 741 of what Crawford deemed his best images New Orleans images. Richard B. Allen, former curator of the Archive, who often accompanied him on his photographic excursions, said Crawford “caught joy, grief, rituals, cheating, dancing, selling, boredom, drunkenness, religion, lust, sickness, hard work, friendship and so many other things.”1 In a piece he wrote for The Second Line magazine in 1953, Crawford provided a more understated description of the series: “I have gone and shall continue to go, to bars, night clubs, dances, churches and parades, because the sounds coming from these places are fine. Here is part of my reaction in pictures.”2

Ralston Crawford died in Houston in 1978 and was interred at St. Louis Cemetery No. 3 in New Orleans. According to his wishes, he had a traditional jazz funeral. 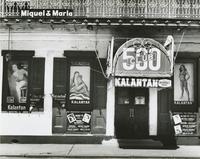 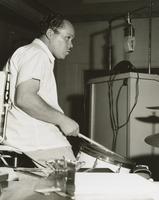 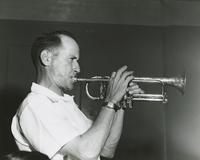 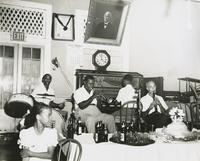 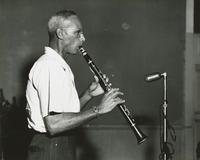 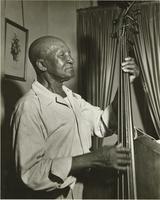 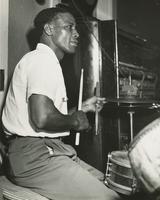 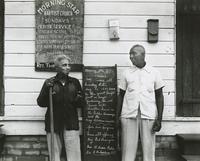 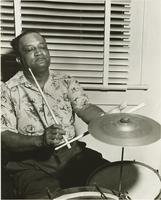 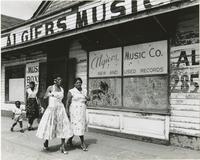 Alton Purnell and Ernie Cagnolatti playing the piano and trumpet 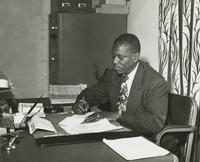 Alton Purnell writing at a desk

Anderson Minor and Kid Howard standing on a corner 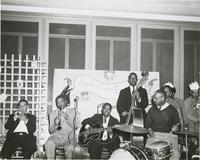 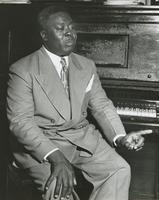 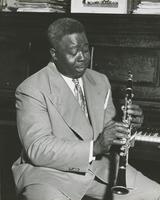